You Must Also Purchase a Day or Evening Pass

Markus Smith is an accomplished and award winning dance competitor, choreographer and instructor. He has been featured on Fox’s “So You Think You Can Dance”, BET’s “106 and Park” program, and the movie Love N’ Dancing. He was a co-host of DC DANCING TEENS, a youth hand dance show that has been seen on GlobalDanceTV and shown on DCTV channel 95 in Washington DC. Markus is most passionate about sharing the gift of dance with others. His energy, style and charismatic presentation, leaves him in a class by himself.

A native of Washington, D.C. Markus started partner dancing during his Junior year in High School. For the record, he had no interest in the dance as he thought it was boring and outdated. His mother begged him repeatedly to take the youth Handdance class in the area. He decided to drop in just once to prove that he would not be interested. Boy was he wrong. Markus fell in love with the music, the people, and the structure of the dance.

Tren Veal was born in Houston, Texas and raised in Alexandria, Louisiana. Growing up, dance was deep in her family’s and community’s culture. Everyone was always dancing. She fell in love with hip hop at a very early age. She joined her high school marching band that was known for entertaining crowds with its dancing at football games. Tren discovered DFW Swing Out while living in Dallas, Texas as a school teacher. Here she fell in love with dancing again. A year later after attending a dance convention in Texas she was introduced to West Coast Swing. The dance’s spontaneity and expressiveness opened her up to so much creativity and allowed her to infuse her hip hop style and flavor within it. Placing amongst the top 5 in Champion Divisions she has been recognized for having some of the most memorable dances in WCS. She’s been known for her sass, spunk, musicality and creativity. Her talent and love for the dance has afforded her the opportunity to travel all over the world sharing her passion of swing dance to adults and youth with her life partner Markus Smith. 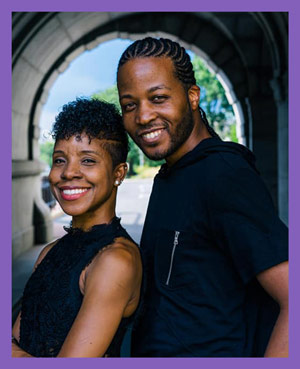