Glenn Ball is a driven and passionate choreographer coming from an eclectic and diverse background as a performer. Boasting over 12 years of experience as a dancer, Glenn managed to develop an incredible versatility, becoming proficient in many different styles.

He had the opportunity to appear in campaigns for major music talents such as Kylie Minogue, Lionel Richie, Take That, Jennifer Lopez, Scissor Sisters and Mariah Carey, just to name a few.

Not one to stick to the small screen, Glenn appeared in the movie ‘Nine’ with Daniel Day Lewis and Dame Judy Dench and also worked with Madonna on her directing Debut W.E.

This illustrious dancing career developed alongside his modelling work, as Glenn set out to become a steady presence on the catwalk, endorsing items by internationally acclaimed designers, the likes of Alexander McQueen and Louis Vuitton, as well as brands such as Speedo and Reebok, among others.

At a young age, Glenn also got a chance to display his entrepreneurial skills, helping to set up United Dance Organisation (UDO) which provides world-wide street-dance workshops & competitions for students from 5-years old up to 85 years old.

Working as Creative Director for 8 years, Glenn helped to build the company into biggest competition organisation in the world. Providing the most talented choreographers and dancers worldwide to perform, judge and teach at UDO events. He also linked ambassadors such as Kimberly Wyatt from Pussy Cat Dolls, Ashley Banjo from Diversity and the Mark Summers Casting Agency to the UDO.

Glenn began initial steps from performance to choreography at just 21 when he was requested to take charge of the 2006 X-Factor UK Tour which included acts like Shane Ward, Chico and Brenda Edwards.

With this as his launch pad and such a focused attitude, Glenn managed to become one of the UK’s most sought-after choreographers while still performing, touring all over the world as a dancer.

More recently, even though still young; Glenn has hung up his performance shoes to focus his vibrant approach solely on choreography.

His choreography is as interesting and diverse as his experience and as youthful and vibrant as his age.

Working in Fashion, Fitness and TV Glenn has already worked with Brands, Events and Bands all over the world; choreographing number 1 singles, producing fashion shows at Buckingham Palace and topping the Fitness DVD chart.

Whilst many professionals may underestimate the benefits of being a choreographer who still possesses dance ability at the highest level, Glenn knows only too well how important this is. He is able to push those he works with to their physical limits; leading by example and demonstrating the most intricate of dance moves in a choreographic role

Glenn’s vast background and his considerable skills allow him to work in many different environments within the entertainment industry.

“If you can imagine it, he can create it”. 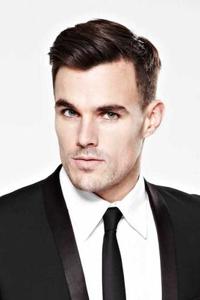