A little known fact about Alan Annicella is that he was tricked into dancing.  His first experience with partner dancing was at a country western bar free lesson in Jacksonville, Florida.  It was 2-Step, he didn’t get it, and wasnʼt going to come back for the rest of the class series.  But, the 50 something English woman that he got partnered with stated that if he did not come back, she would have no one to dance with.  Her guilt trip made him come back the following week.  Some number of years later, he is still dancing.

Even though he started with country western and line dancing, he most closely associates with the west coast swing dancing. Alan has been teaching west coast swing in the Atlanta, Georgia area since 2007. His goal is to have each and every student walk away from each class with a greater understanding of the dance, the movements, and the music.

Dance has been a tremendous influence in his life and he wants to share his passion for dance with you! 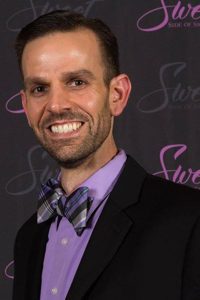